Have you been to Prague?

There are so many places in the world still awaiting in my dreams to be discovered or revisited.
The popular tourist destinations are quite predictable for that matter.
But there are also cities in Europe which  are regarded as best kept secrets though they are right in the plain sight and historically well known by the name and yet so little known and considered off stream.

There’s a coveted string of diamonds: London-Paris-Amsterdam-Rome-Florence- Venice-Barcelona.  Unique and beautiful in their very own way. Some hold a special place in our hearts.
Then a string of sapphires: Vienna-Prague… and etc., etc.. The latter one just made a glorious come back as a tourist destination in the last couple of decades after  the obscure years  behind the Iron Curtain and Unbearable Lightness of Being.  (If you’ve seen this great movie (1988) about the Prague Spring of 1968 and it’s tragic aftermath with Daniel Day-Lewis, Juliette Binoche and Lena Olin, you absolutely know what I mean).

…and I fell under its magic spell.  If one dare to compare, maybe only Florence is restored and preserved to the same loving extend. With real love and care in and out, not  facades only to show off the mask with decay underneath.
I’ve never seen THAT MUCH LOVE and RESPECT to the city’s history and appearance as in Prague. A tremendous work fuelled with admiration has been done to reanimate after the years of neglect and to revitalize the ancient city which never forgot that it used to be called for centuries Zlata Praha –The Golden Prague. Golden indeed.

Many years ago I came across a photo album of Prague. A huge book was filled with pre-war sepia images of unforgettable beauty. It was a life long collection of renown Czechoslovak photographer Karel Plicka, his visual love letter to the city of Baroque and Gothic he knew so well, its photogenic beauty from the highest spire to the tiniest cobble stone. Its not an ordinary coffee table book filled with bright images of tourist attractions, a predictable catalog of highlights. It’s a poetic tribute to the timeless architectural beauty full of life. Plicka climbed the rooftops, hanged on the mansards, balanced the roof ridges risking to fall down to death. He hunted the right light at dawn and at dusk, the mist, the rain, the snow and shine. Architectural palatial grandeur and crumbled walls and patched roofs, and everyday life. He created a portrait of the city he loved so much his whole life. Karel Plicka had such a wonderful, genuine vision of Prague: mysterious, glorious, miserable, regal.
The book never was surpassed and had been published and republished dozens of times with commentaries in many languages.

A true labor of love and not an easy task at all as many historical facades are ornamented heavily with mosaic, plaster decorum, painted scenes or floral patterns. Often all kinds of ornamentation at once. National style loves excessive ornamentation. Meticulous restoration without shortcuts proved that master craft and talents haven’t dried out and survived the years of ideological and aesthetical drought.

Very tourist friendly (as long as you don’t speak Russian, Pragians will never forget the Soviet invasion of 1968). Many speak basic English in all points of interest, especially young people so you practically won’t feel any language barrier.

The historical center is also compact and therefore walking friendly, not to mention that the Old Town core is traffic free zone and pedestrians’ only.

Todays Prague has all the perks of the West European city with commercial streets at par. With all the common brands at hand, from H&M and United Colors of Benetton to Gucci, Chanel and Cartier, from ordinary to high end.
Parizska street is Prague’s elite Fifth Avenue  shining with glamorous store windows, restaurants and beautiful Art Nouveau facades. All different, elegant in their own way and have individual names like the one Tri Musketyri –Three Musketeers  with d’Artagnan statue on top.

Fashionable, clean, safe and…delicious.
Czech cuisine is very close to German and requires some diving into details.
The main thing it’s very heavy on meats especially pork and schnitzel is a pork king of the plate, very tasty though.
Local pastries like warm apple strudel and trdlo (can’t pronounce it correctly) and ice cream were a delight.

Usually I’m definitely not a beer fan but in Prague I’ve gave in and tried each and every kind of chilled beer in abundance. It happened to be deliciously cold and refreshing on a hot summer day. It felt like it was poured from some sort of artesian beer well. Or maybe it was indeed? Delicious and nothing in common with canned beer at home.

Czech beer is a  national treasure along with Bohemian glass.

And Czech glass my friends deserves a special homage.

As much as Venetian artisans guard and hone their tradition, masterfully re-creating fantastic pieces on the same patterns and secret recopies they used for centuries, Czech artisans are moving forward creating distinctively unique chef-d-oeuvres, fearlessly mastering new techniques and modern designs. Unfortunately the shop owners do not allow photo shooting inside stores and the shop windows are like mirrors, one can snap selfies trough the glass but not a display. But those vases, plates, bowls, lanterns and shades, chandeliers and sconces, glasses, mugs and goblets are absolutely unforgettably beautiful, leaving you speechless and stunned with admiration. If only to see these masterpieces it would be worth of travel to Prague not to mention a fairy tale city itself.
It’s fascinating how different historical layers are interacting in contemporary city. How much should and can be done not to destruct but to RE-construct, re-build, re-make, restore, re-use to give a precious chance (to building, object the city as a whole) to re-live, adapt to modern times and demands.

What hit me right into the heart is historical memory of Pragians (is it the right word for the residents?) Once walking on a quiet sideway street of the  Stare Mesto- Old Town we stepped for a moment into dreadful 1942 when numerous Jewish community of Prague was rounded up by Nazis and deported to concentration camp. What we stumbled upon was unusual, modest and very touching reminder: on the corner of a cobbled crescent under the arch there was a tiny thrift shop filled to the bream with antiques and curiosities behind the closed door. The lights are on so you can peak in as if the owner of this cozy place just stepped out for a lunch or chat with a neighbor. Funny pre-war ads in the window. But under your feet there’s a bronze plaque welded into pavement  with names of all members of the family from olds to infants… dates of birth.. deported to Terezin…three generations wiped out… chilling. So simple, thoughtful and so powerful.
This place due to central location could be easily turned into a profitable souvenir shop or a boutique but Pragians chose to Remember. And for this honorable choice we should be grateful.

Central Prague at night is artfully lit and beautiful. Crowds slowly dissipate and you can have the side streets and river banks almost to yourself. The views  are magic.
If standing in the middle of Square and looking at Maria on Tyn with all lights on you don’t feel like a Cinderella invited to the ball you probably never will.

* All video credits go to my husband.
Thank you for reading.
To be continued.
Posted by Natalie at 3:33 PM 1 comments 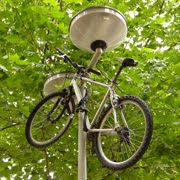 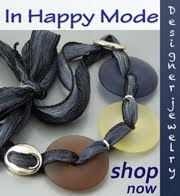